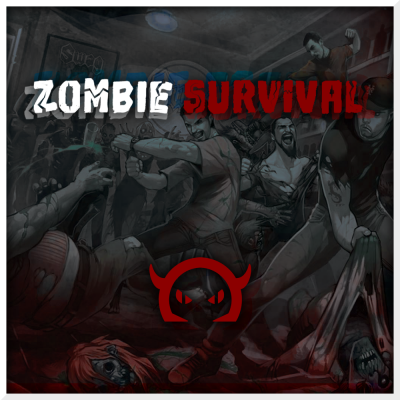 Zombie Survival is a massive gamemode where humans are pit against a zombie horde. Once a human dies, they become a zombie. The game ends when all the humans are (un)dead or the humans survive a certain amount of time, or complete all objectives. It was originally conceived in 2006 and has been in active development since then. HellsGamers however, has their own modified version of the gamemode, slightly different gameplay that still sticks to the classic without changing too much.

Scan QR code to open this page on a mobile device